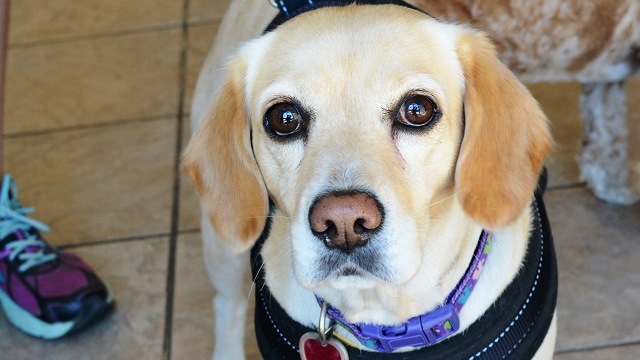 When Hurricane Harvey hit Houston and the surrounding area, Allison Black Cornelius knew life would immediately change. Shelters in and around the stricken areas were going to need room for pets stranded or separated from their owners by the storm.

For that to happen, those pets already in the shelters needed to go somewhere else.

Birmingham was one of those “somewhere elses.”

“After Hurricane Harvey hit Texas, there were a lot of displaced animals,” Cornelius said. “What people don’t realize is that these animals are lost and you can’t move them too far away from home. So one strategy is to move the existing animals to other shelters in safer areas to make room for the influx of other animals.”

Following Cornelius around the Greater Birmingham Humane Society (GBHS) as she deals with the influx of animals and humans drives home the need for alternative shelters. She petted one dog while listening to an owner’s concern. At the humane society shelter, Cornelius is in her zone.

“We are partnering with Louisiana shelters to empty them out for Harvey-impacted animals, bring them to Birmingham and either adopt them out or take them to other shelters,” said Cornelius, chief executive officer of the GBHS.

It’s easy to see the affection Cornelius has for the animals as she pets and loves on them, squeezing, kissing and talking to them like a mama bear with her cubs.

“I have been here at the humane society since the summer of 2014. I’ve always loved animals and given to organizations that helped animals,” she said. “When GBHS took over animal control, we went from 7,500 animals to 22,000 animals. We have four vehicles that are equipped to pick up animals from disaster areas and from all over the country.”

The GBHS is awaiting more than 60 animals from the Harvey-hit areas and soon will take more animals from the Hurricane Irma-affected region. Things will be busy for a while, but Cornelius said it comes with the job.

“Events such as Pooches on the Patio at Vino in English Village are critical to our outreach,” she said. “We believe you don’t use people to develop a mission, you use a mission to develop people. So that allows us to bring what we’re talking about to life and it helps to attract volunteers, because without the hundreds of volunteers and 80 full-time staff, we could not do what we do.”

Hundreds of people gathered at Vino Sept. 6 for Pooches on the Patio to show their support for the GBHS and the animals it saves. The GBHS was there to promote its adoption program and facilitate financial support and volunteerism.

Katie Beck of Style Advertising, Marketing and Public Relations said the dog-filled patio at Vino for the second annual Pooches fundraiser was a success.

Alabama Bright Lights captures the stories, through words, pictures and video, of some of our state’s brightest lights who are working to make Alabama an even better place to live, work, and play. Award-winning journalist Karim Shamsi-Basha tells their inspiring stories. Email him comments, as well as suggestions on people to profile, at karimshamsibasha@gmail.com.